We are at an interesting evolutionary point in computing.

Apple is rudderless after the (sad) death of Steve Jobs. There seems to be no strong advocate for functionality within Apple, witness the ascension of “form over function” Jon Ives.

I’ve been reading the Ars Techinca reviews of OS X and I feel as if there have been changes that have been made just for the sake of changes. A classic example of form over function is the change of icons to monochrome grey instead of color.

Windows is also in a mess. There been some positive reporting on Windows 8 and there’s also been some candid reporting on the teething problems facing them now.

The current torch bearer for Linux, Ubuntu, is also flirting with the latest UI fashion with complaints over Unity.

Why can’t they just leave a good thing alone? 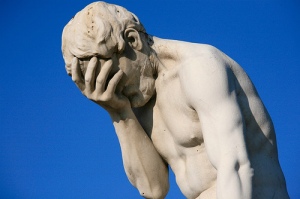 For the majority of users, they want things to just work. And that means things working in ways that they’ve grown accustomed to. Which is the Win XP way. And Office pre-ribbon.

An aside, why did they have to do Ribbon? Does exposing the additional functionality mean that more people used it? I don’t think so. I think that if people had a need for a certain functionality they’d be driven to learn it.

If you want to expose functionality, use bubble tips. Those things that appear when you hover over something. Allow people to click through for further information if they so wish. Maybe have video tutorials.

A lot of times you don’t need to change the way things are done. I believe that the menu system in Office 2003 and before was perfectly adequate. In fact that was an efficient way of making use of limited desktop space instead of using large icons, icons which people have to decipher instead of menu items which people could simple read and understand.

For practicality there’s no need to build an OS from the ground up. Just use Linux.

Modify GNOME or some other UI so that icons are bright and convey information, instead of Apple’s monochromatic “cool” icons which lose information by making it harder for people to distinguish between icons.

Have a proper Mail client. One that is designed for productivity and not for screenshots (ie to look pretty). E.g. would be Mail on Windows RT. Why is it designed the way it is now? It’s like they don’t expect people to receive hundreds and hundreds of emails a day!

UPDATE: To show that there is no new idea under the sun, I saw today on Ars Technica a review of Mint Linux. They are pursuing the exact path that I’m advocating. Continue to improve on the underlying OS but keep using the interface that billions of people are familiar with. Afterall, if it ain’t broke don’t “fix” it.